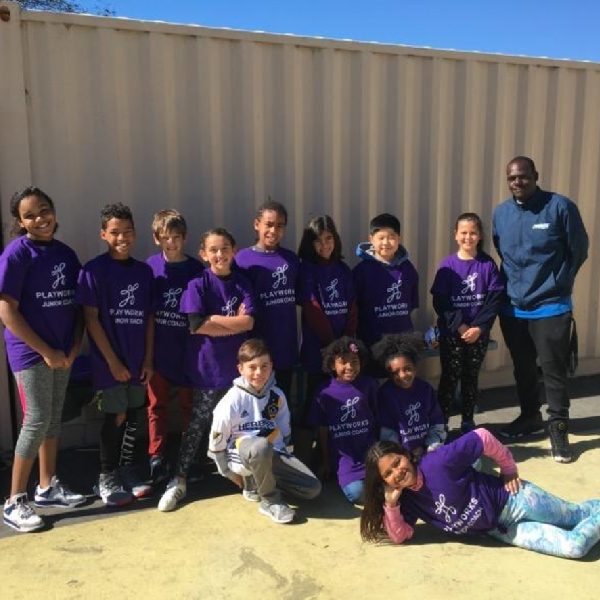 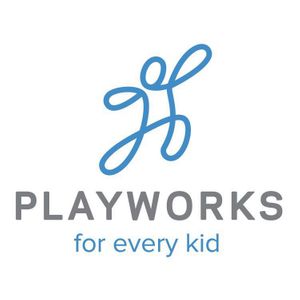 A self-professed Southern gentleman from Tennessee, Kwan Buchanan exemplifies dedication to the Playworks’ mission as a third-year Playworks #AmeriCorps Coach.

“Coach K” is now serving at Playa Vista Elementary School after spending his first two years at a couple of schools in Watts in South Los Angeles. He grew up in Chattanooga, Tennessee, as the son of a single mom who worked long hours as a nurse. After-school programs kept him off the streets, and the mentors he found there were positive role models he’s chosen to emulate.

After high school, Kwan moved to California, played football at Pasadena City College, and worked at an after-school program for several years. He discovered Playworks through a friend. The job has turned out to be a perfect fit with his values, love of sports, and passion for kids.

“I get a kick out of connecting with those kids that no one else can get to,” Coach K says. “The things I experienced as a child, being in those same kids’ shoes, it helps me understand what they’re going through nowadays and things they might come across. And being that caring and consistent adult to those kids who really need it is really fulfilling.”

Coach K remembers a 4th-grade boy at Florence Griffith Joyner Elementary where he served last year. The boy was aggressive and didn’t have a good reputation at the school, but Kwan wasn’t ready to give up on him.


“He was going through a lot at home and nobody really took the time to ask him about it. Once I talked to him every day, built rapport with him, and just broke down that barrier, halfway through the year, this kid changed,” Kwan says. “He ended up being one of my Junior Coaches, he played on my soccer team, he was a leader on the playground, he really tried his best to change his behavior. He showed me that the “Dennis the Menace” of the school can be the smartest with the most potential, but it just takes a person who can connect.”


That ability to relate to children is one of Coach K’s best qualities, according to Playa Vista Elementary’s principal, Rebecca Johnson.

“He’s incredibly dynamic. Kids really connect with him,” she says. “He’s enjoying what he’s doing, and it shows every day. He’s on it, organized, makes sure that the students are solving things in a positive way, and reminds them of how to do that. He’s very clear with his expectations on the yard, and that’s key.”

But that’s not all he loves about his job.

“At Playworks, we get very close. It’s like a family. The camaraderie is great, and we always help each other out.”